Someone has quite recently decided to make Clifton Backies more accessible to wider vehicles by wrenching back the metal fence separating the Backies from the end of Sutton Way. As the northern end of Clifton Backies is relatively accessible to wider vehicles, it seems the motive could have been to make the whole of Clifton Backies accessible, say to mopeds. But it prompts a question for York's cycling community: what should be done in response? Many cyclists already find the official gate, with its narrow space near the ground, to be difficult to get through or indeed impossible for cyclists on cargo bikes, trikes or with trailers. Isn't a wider gap - wide enough for cargo bikes, trailers and trikes, but not wide enough for cars - what the Campaign wants? Thoughts welcome! 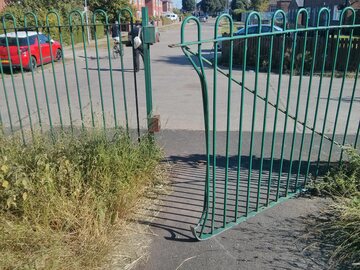